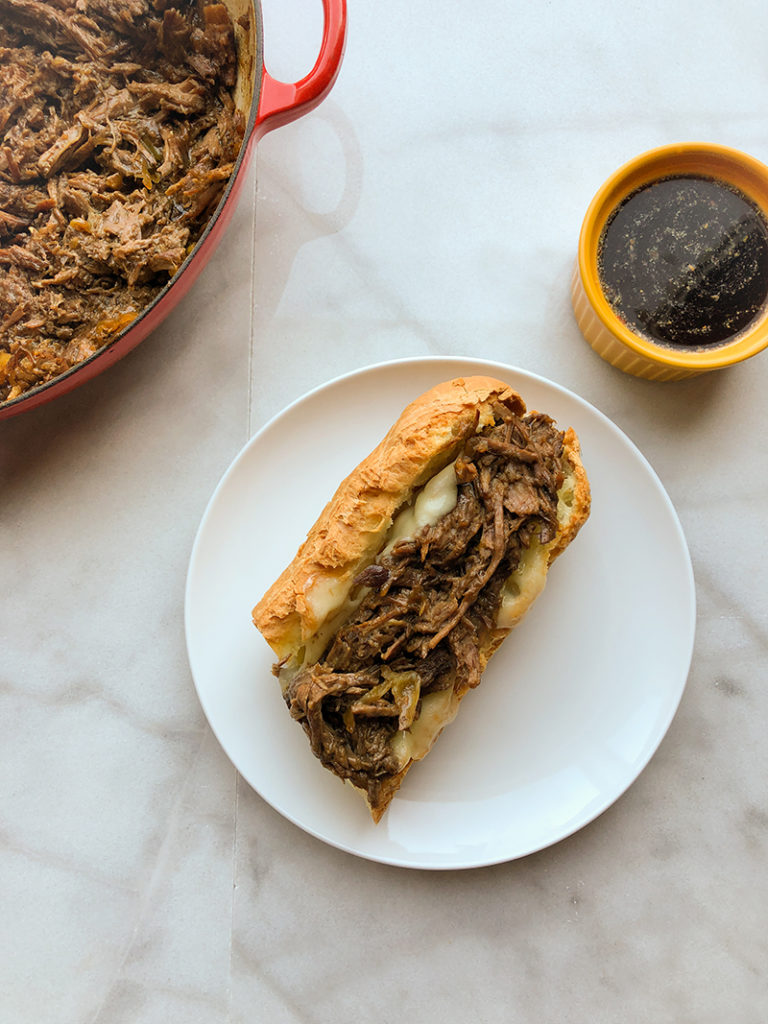 (Although, if you’re not gluten free it’s still a great recipe and you can substitute non-GF ingredients as you see fit.)

I’ve loved the Mississippi roast since the first time I ever tried it and through the years I’ve tweaked the recipe over and over, adding garlic, using sliced peperoncinis instead of whole ones, adding a certain brand of italian dressing packet, using beef broth instead of water, changing the amounts of butter, etc. – until it was exactly how I liked it.

Until I had to go gluten free, womp womp. But, not to worry, I’ve fixed it so it’s gluten free and better than ever, and I’ve turned into cheesy, delicious sandwiches.

If you just want to eat the roast without the sandwiches, you can skip most of the assembly instructions except for those about how to thicken the gravy – you will still need to do that.

You can also make this in the slow cooker, but I prefer to do it in the oven because I can’t plan ahead well enough to use a slow cooker and I have to get more pots and pans dirty to do it.

The garlic and sliced peppers will sort of melt into the gravy, so they don’t require any more shopping. Just dump the peppers in and just the the garlic cloves a light smash.

I don’t brown the beef for this recipe because I’ve done it both ways and I think in the end with all the flavors and sauce it’s unnecessary, but you can. If you’re going to do it in the slow cooker, I probably would brown it just because you won’t get that same level of caramelization that you get from braising it in the oven.

Also, yes, I can hear some of you scoffing at the brown gravy mix, but that’s just what Mississippi roast is. I would literally never use powdered gravy anywhere else because I think it’s gross, but it has a place here and lends a deep beefy flavor to the gravy.

Finally, you can use chuck roast, but you might end up having to skim some of the fat off before thickening the gravy. I like chuck roast, but it tends to be pretty expensive, and I’ve made this just as successfully with beef arm roast and bottom round roast (which tend to be more meaty and less fatty anyway). 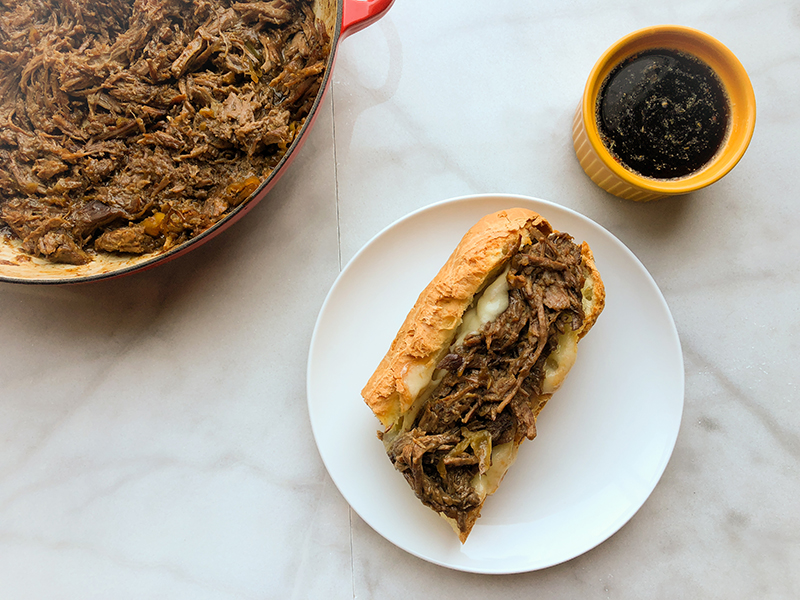 Ready to give them a go? Here’s the recipe! 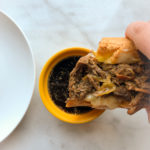 GLUTEN FREE SANDWICH ROLLS: I like to use Against the Grain baguettes for this type of sandwich. Each baguette makes 2 sandwiches.